The first time I saw her, I was 18 years old, just out of High School and with friends on a Friday night.  She was dark in color, maybe black, maybe… Not sure, but she was stunningly beautiful and majestic looking, she was sleek looking, had a nostalgia look that was inviting,  yet intimidating at the same time. Yet, she held a glimpse of her past, and wore it proudly.  She purred like a kitten, and I could hear a tiny bit of nastiness in her voice as she probably  could roar like a lion.  She was dressed to the tilt, decked out to turn heads.  I was in awe, couldn’t take my eyes off this ageless beauty, dressed in all black that was shiny, sleek and down right gorgeous.  As she slowly crept by, stopped just in front of where I and friends were standing. I must have had my mouth wide open as I could nearly taste the essence of her presence.  I could feel my heart rumble, the earth moved, the moment frozen in time for that moment and had forever imprinted in my mind.  It’s a memory I would never forget from that day on.  I was in love !  A love and attraction that I could not explain or get out of my head.    From that night on, I would day dream of her all day, have dreams about her at night, trying to work the courage to reach out, touch, feel and gain her in my life.  I was told I was crazy, tried not to listen to friends  say, “she’s too old”,  or “she’ll slow down”.   I would not be swayed.  I was determined to do all I could to follow that love that I had spent many days and nights fantasizing about.  As years moved by I kept a picture I had by my nightstand.  I had snuck a picture  that night under the lights of the stage she was on.  I was obsessed, I dreamt about our next meeting, kept saving money so I could treat her right.  The time had to be right when we would meet again. Timing was everything, I had to make the time to spend with her and make her mine.  I had to have the  right accommodations for her.  Needing to keep her safe, warm and dry were top priorities in the rainy Pacific Northwest.  Then one day out of the blue I get the phone call that only dreams are made of.  “ I am selling the Black Chevy, you are my first choice, because I know how much  you loved this car years ago”.  My reply was an responsive YES, how much, I will be right  over.  The Black Chevy was a 1967 Chevy Chevelle.  Two owner car, I would be the third owner.  I immediately drove over to my friends’s place, picked him up and some tools.  You see, she had sat for 5 years, left outside to make room for a newer Chevy.  She had aged from when I saw her last.  Her body wasn’t as radiant from what I remembered, yet she was perfect.  No sagging, do dents, rust, just a weathered tan and just baked in the sun and dust covered clothing.  First I put on a new wheel and tire, as one of her shoes were missing.  Second I brought her some fluids, gas to make her go.  Then, a new ticker, you see her old one was old, and needed some energy.  Three hours after paying my friend’s friend for my dream machine I was driving her home to park her in her new home, a brand new three car garage with shiny floors.  You see, I had to have the right accommodations for my Black Beauty.  The timing was right, I had the right accommodations, saved my money, she would be warm and dry all year long.  First priority was a face lift, she needed to shine to her original glory, then a new set of shoes, fatter wheels and tires to make that rumble of a roar stand up to the meanest of predators.  After a few weeks of TLC, she was up and waltzing across the road just as the first time I laid eyes on her magnificent beauty.  The Black Beauty, was  my dream machine.  The year I was born, the first taste of street racing at the Friday Night Drags and Seattle International Race Way ( SIR, now Pacific Race Ways )  With her purring 396 dialed,  the gears grabbing, she was fast off the line, slow to a crawl and the purr as she stood still was nothing but magical.  My pride, blood, sweat and tears went into making her what she once was and still is today.  We have been together since 1998, and I believe in love at first sight.  My 1967 Chevelle. 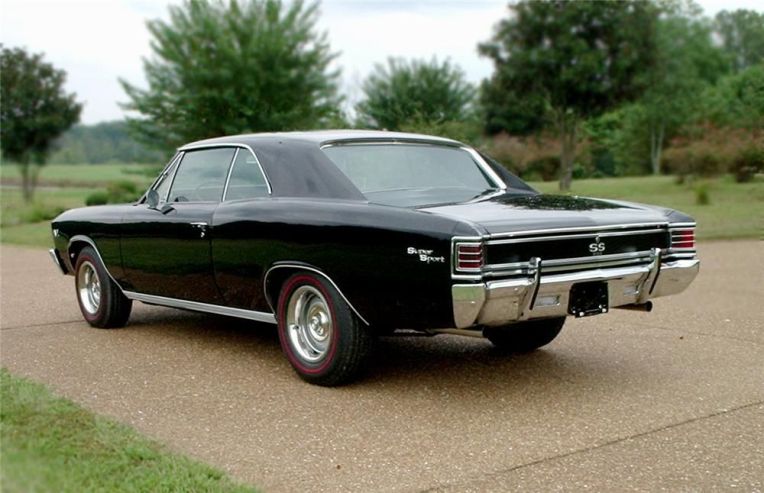 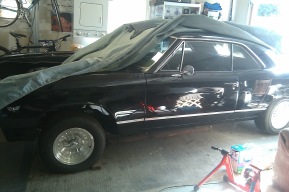 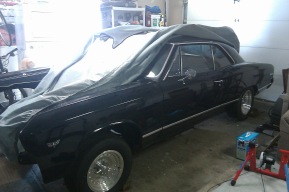 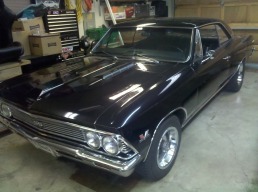 As an avid dog lover, I am lucky to spend my days with my pups, known as The Labshepcrew, Cali and Mi Hijo, and their feline side kick, Precious. I find time every day to enjoy the simplest of things, yet strive for adventure and the ever evolving meaning of what this life means to each of us. My animals are my outlet of all things, they bring a sense of calm in a world where most find craziness. I enjoy writing and sharing what I see as life's lessons, or what I "think" a dog see's from their perspective. Life is good, actually it's pretty damn great, especially with my Labshepcrew. View all posts by Labshepcrew